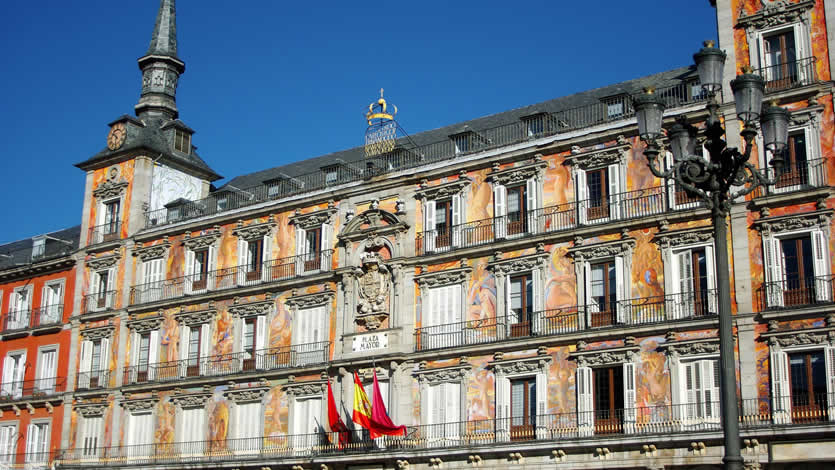 Madrid is a favourite city for many people that want to learn Spanish in Spain! Madrid is the heart of Spain with many opportunities to take Spanish classes, from a classic group class, individual classes to specialized cultural courses. There is so much to do in Madrid, that it can be hard to see the forest for the trees. Let Madrid overwhelm you; we are happy to give you these insider tips! Don’t miss these ten sights when you are in Madrid! Check out: TOP 10 MUST-SEE SIGHTS IN MADRID 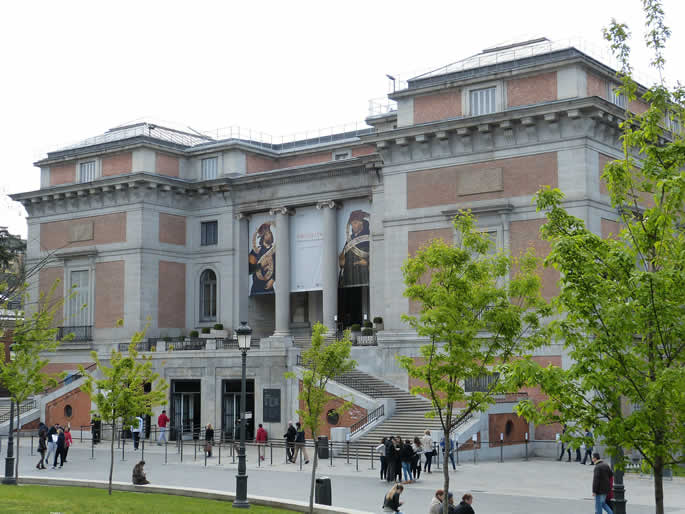 The Museo Nacional del Prado was inaugurated in 1819. Since then, it has been preserving, exhibiting and enriching all the collections and works of art that, closely linked to the history of Spain, constitute one of the highest manifestations of artistic expression of recognized universal value.

The Prado’s walls are lined with masterpieces from the Spanish, Italian and Flemish schools, including Velázquez’ Las Meninas and Goya’s Third of May, 1808. Its collection has over 8,600 paintings and over 700 sculptures, so we recommend deciding what you want to see before stepping into the museum.

The price to visit the museum is 15 euro (2020), but from 6 pm to 8 pm (Monday to Saturday) you can enter the museum for free. On Sundays and public holidays, the free entrance is from 3 pm to 5 pm. If you want to enjoy the free entrance, make sure to be on time as there can be long lines! 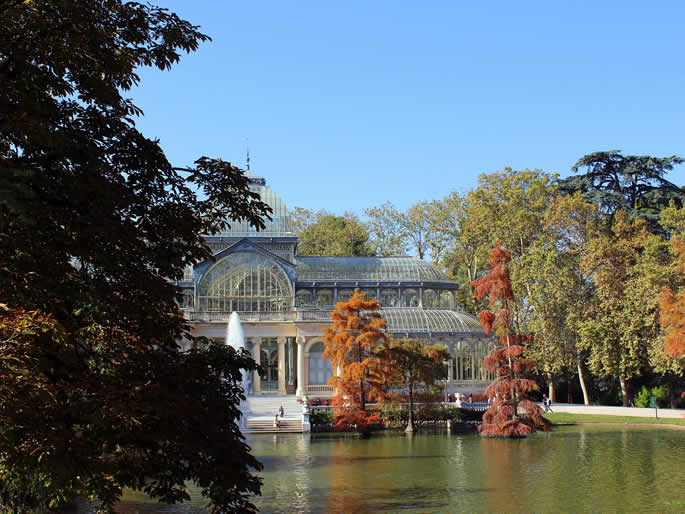 When the park was opened in the late 1700s, it served as a retreat for the Spanish royal family. Luckily, today, everyone can enjoy it! Covering over 125 hectares and comprising more than 15,000 trees, El Retiro Park is a green oasis in the heart of the city. You’ll find all kinds of exciting monuments and gardens. The park also holds a Mexican conifer nearly 400 years old; we think it is Madrid’s oldest tree.

The park’s official name is Parque del Buen Retiro. The park houses a large artificial lake where you can rent rowboats and navigate the lake by yourself or where you can hop on a larger boat that goes across the pond.

You will also find two palaces in the park: the Crystal Palace is a glass building used for contemporary exhibitions, and the Velázquez Palace features temporary art exhibitions.

While having a stroll in the park, make sure to visit the Paseo de la Argentina. This broad promenade is also known as the Statue Promenade. It has two lines of statues dedicated to Spain’s monarchs, sculpted between 1750 and 1753.

Home to the Kings of Spain from Charles III to Alfonso XIII, Madrid’s Royal Palace takes you on a journey through the history of Spain. Though it is no longer the royal family’s home, it is their official residence and is still used for state ceremonies. The impressive baroque structure contains 3418 rooms, making it one of Europe’s largest castles.

You can visit many of the rooms in the palace daily. Citizens of the EU enjoy free admission; if you are not you will pay 11 euro (2020) for a visit. If you want to wander by yourself, that is possible, although you can also choose for an audio guide or a guided tour. During your visit, you will see the Throne Room, Goya paintings and much more!

Make sure also to visit the Royal Pharmacy and the Royal Armoury, as both places are also included in your ticket and so much worth the visit. The Royal Armoury is considered one of the best in the world and consists of pieces from the 15th century onwards. You will be impressed! 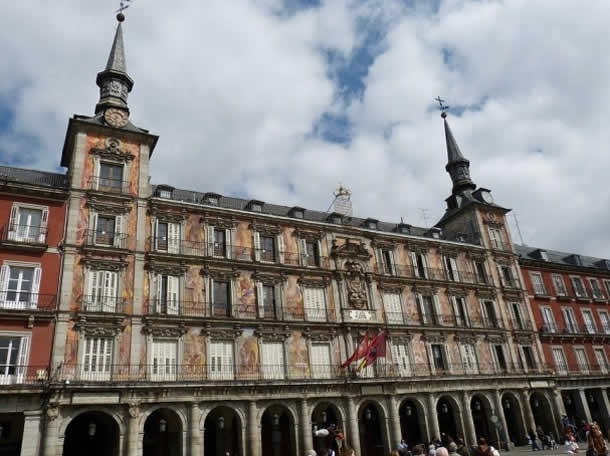 When visiting the old, historical part Madrid, you will find a big square of 129 meters long and 94 meters wide in one of the capital’s most charming districts. The Plaza Mayor is a central public square in the heart of Madrid. This plaza is perfect for a walk, shopping, eating and just enjoying the outdoors!

You can enter the plaza from nine different corners! But the most beautiful entrance is through the Arco de Cuchilleros. A beautiful arch where you can take the most romantic pictures. 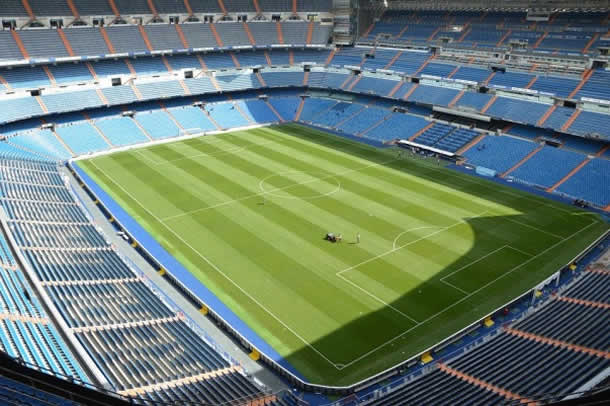 Real Madrid is one of Madrid’s three professional soccer teams, together with Atlético de Madrid and Rayo Vallecano. But without any doubt, Real Madrid is the most famous team with many fans from all over Spain and even worldwide. Almost every day of the year you can visit the historic stadium, an absolute must for sports fans visiting Madrid!

The stadium was named after the legendary Madrid manager, who presided over the club for 35 years. It was inaugurated in 1947. A spectacular 81 000 spectators can enter the massive stadium! You can take the elevator to the top of the stadium towers for an impressive panoramic view before you take a sneak peek into the locker rooms, press room and even the player’s tunnel.

For the authentic Real Madrid fans, the ultimate dream is to see a match in the stadium to see the clubs iconic players in action. Just make sure to buy your tickets way in advance to avoid the disappointment of a sold-out stadium.

The Puerta del Sol, which translates to the Gate of the Sun in English, is not a gate; it is a bustling square in the centre of Madrid. It is one of the best-known and busiest places in the city. Puerta del Sol is the so-called Kilometer Zero: the centre of the radial network of Spanish roads such as Major, Arenal, Alcalá and Preciados. Many sightseeing tours in the city start from this square.

Visit the square to see some iconic sights, such as the 18th century Real Casa de Correos with its monumental clock tower. Every year on New Year’s Eve, the famous clock marks the traditional eating of the twelve grapes at midnight and the beginning of the New Year. The New Year’s celebration at the square has been broadcasted live every year since 1962 on major radio and television networks in Spain.

Although the square has an interesting historical background, it is one of Madrid’s most modern and lively areas. Here you will find all kind of shops, restaurants and bars. Just around the corner of the square, you will find the Iglesia Parroquial de San Ginés de Arlés and the unique venue that serves Chocolate con Churros, a sweet and traditional Spanish dish you have to try. 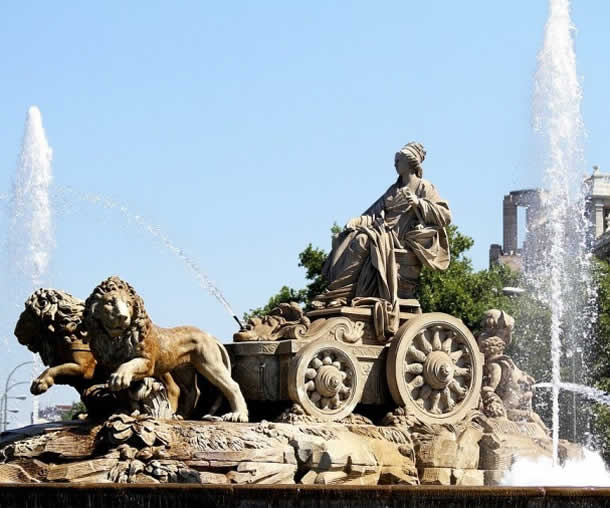 The Cibeles Fountain, a white marble monument, has stood in the centre of emblematic Plaza de Cibeles since 1782. It depicts Cybele, the Great Mother of the gods and Roman goddess of fertility, atop a chariot drawn by two lions. The architect, Ventura Rodriguez, designed the statue for King Carlos.

The monument was once more functional than decorative, as it was providing water for the official water carriers who would deliver water to houses. But today it has become one of the most famous landmarks of Madrid. It also marks the start of the famous avenue of art, Madrid’s Paseo del Arte (where you can find the Prado Museum), and it is the place where Real Madrid soccer fans celebrate their team’s many victories. 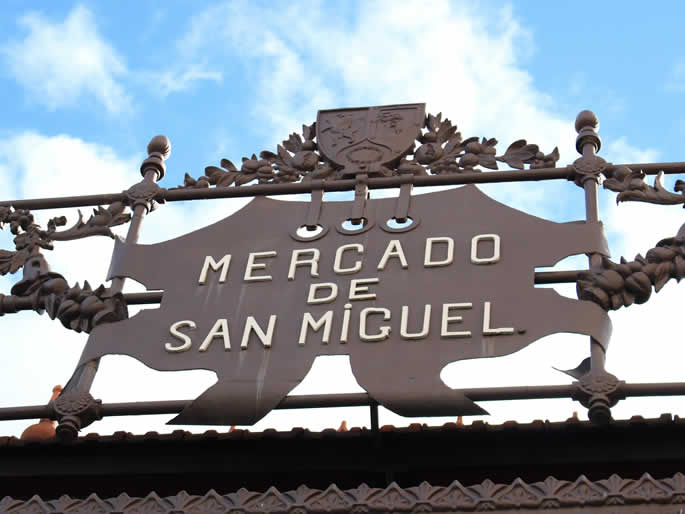 If you want to know Madrid – its people, its culture and its vibrancy – you should visit its food markets to witness the heart and soul of Madrid. There are many amazing markets in Madrid, but Mercado de San Miguel is one of the most impressive ones.

You can find the market just next to the Plaza Mayor in the tourist center of the city. It was built in 1916, and you will recognize it by its iron and glass façade. Here you can feast on typical food from every corner of Spain. The market serves ready-to-eat Spanish tapas and snacks served with a glass of local wine or beer.

The hard part of visiting the market is choosing between the many options. Your first visit to the market can be pretty overwhelming! Luckily there are many videos online that will help you make your choice before going to the market. 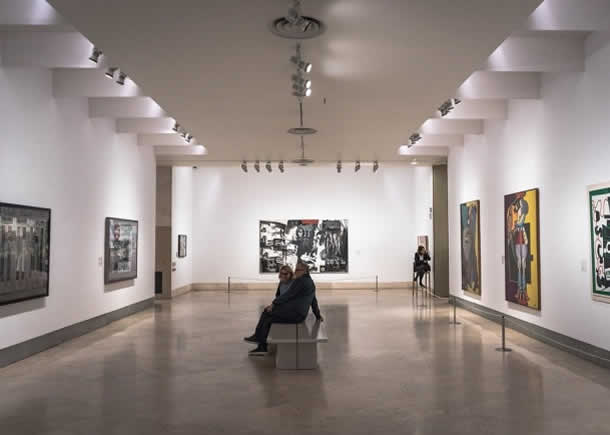 The national museum Thyssen has one of the largest and most comprehensive art collections in Madrid, which makes it a paradise for any art lover. This museum is part of the ‘Golden Triangle of Art’ and included in the Paseo del Arte ticket, together with the Museo del Prado and the Reina Sofía museum.

Make a tour through the history of European paintings from the 13th century right through the late 20th century. The impressive collection of the museum boasts over 1000 works of art including ‘Annunciation’ by Van Eyck, ‘Harlequin with a mirror’ by Picasso, ‘Woman with a Parasol in a Garden’ by Renoir and ‘The green dancer’ by Degas.

The museum also holds interesting exhibitions, such as the ‘German Expressionism and the ‘Magritte Machine’ in 2020-2021. 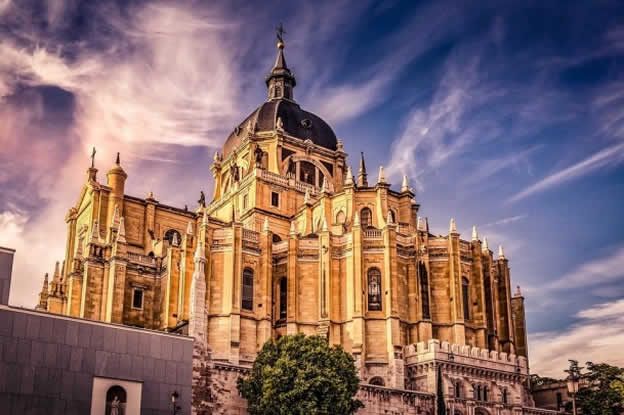 The Madrid’s Almudena Cathedral can be found in Hapsburg Madrid, and it is surprisingly modern compared to other European cathedrals. The cathedral is built on top of an old church that itself was built on the city’s first mosque. The first plans are from the 19th century. With a lot of changes in the plans, it lasted until 1911, when the crypt was opened. After the work was suspended during the Civil War and resumed in 1939, with very limited resources. The cloister was finished in 1955, and the main façade in 1960. The cathedral was finally consecrated in 1993 by Pope John Paul ll.

The cathedral also has a museum with galleries dedicated to the city’s patron saints: the Virgin Mary of la Almudena and San Isidro Labrador. You can also climb to the top of the cathedral to enjoy a panoramic view of the city below you.

But the most intriguing part of the cathedral is probably the crypt, which features over 400 columns adorned with biblical figures. The enormous tomb also has 20 chapels and several ornate artworks, among them a 16th-century wooden statue of the Virgin of Almudena.

Did you enjoy reading TOP 10 MUST-SEE SIGHTS IN MADRID? We hope so.

Interested in a Spanish Course in Madrid?
Madrid is waiting for you! There is so much to do in the Spanish capital that you will never be bored in Madrid. This makes it a perfect place to learn Spanish in Spain! There is always something going on in this lively student city! 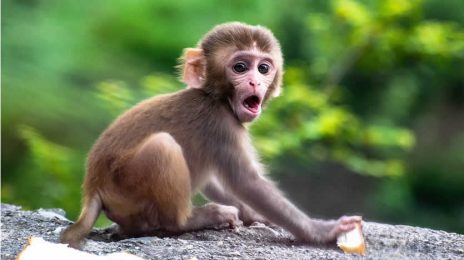 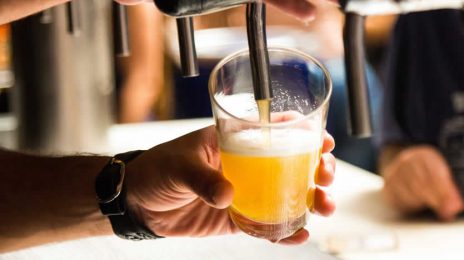 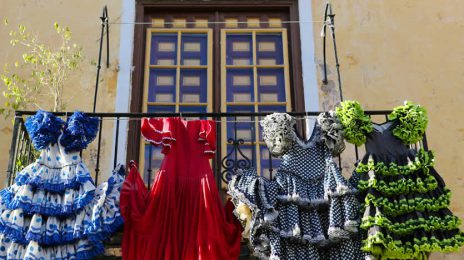 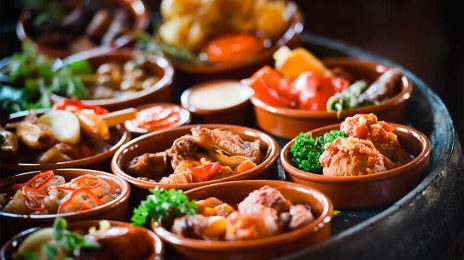