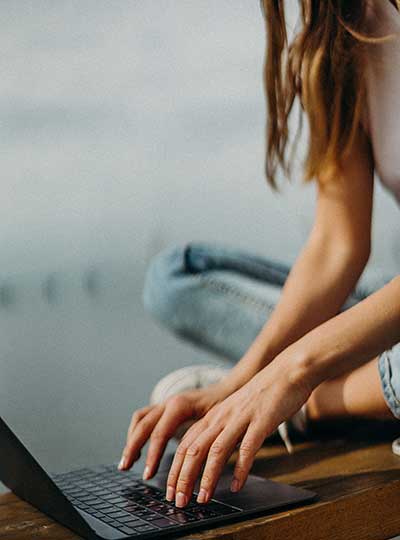 Learn Spanish Online with a native Spanish teacher, a great alternative for a Spanish Immersion Program in Spain!

What our students say

"I’ve learned so much in 3 weeks of Spanish classes in Valencia. Valencia is a great place to live the Mediterranean life. I will be back!" 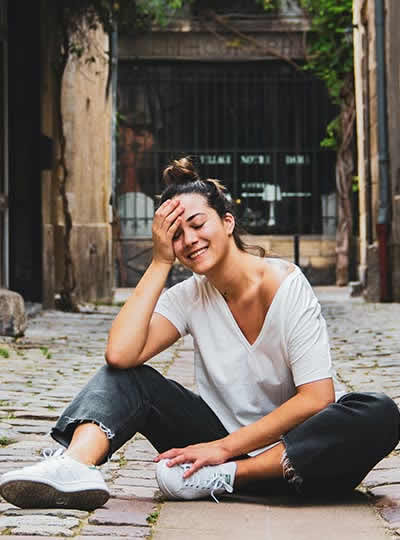 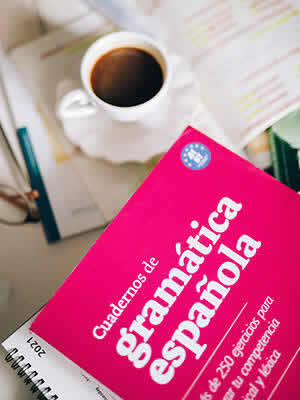 Are you ready for a fresh start in a Spanish speaking country? Test your current level of Spanish here! 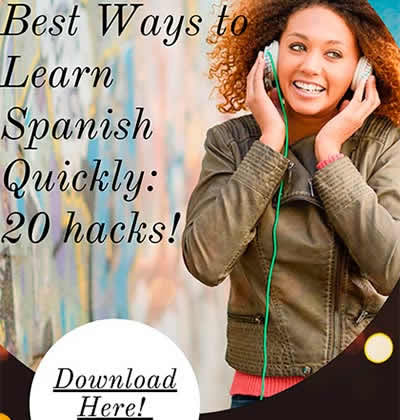 [Free Download] - What are the best ways to improve your Spanish Quickly ? Here are some great hacks.

Planning your trip to Spain 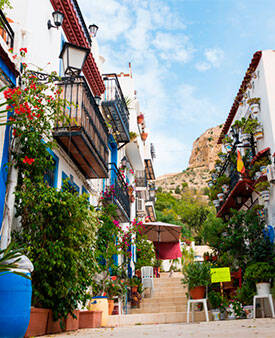 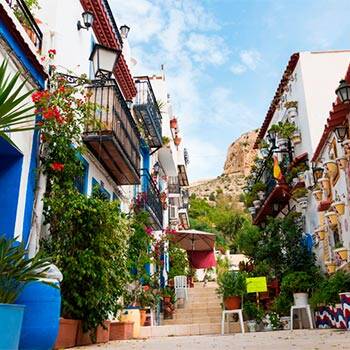 From urban beaches to epic nightlife, Alicante offers a Mediterranean mix of action and relaxation. Its great dynamism and warm climate .... » read more 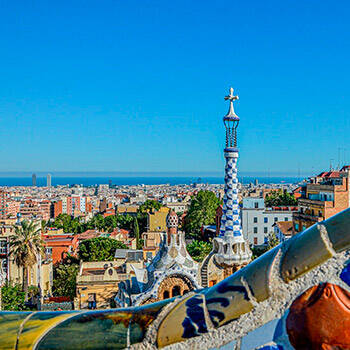 Barcelona is situated in the Catalonia Region, on the Eastern Coast of Spain. Barcelona is a mix of local culture, impressive architecture and... » read more 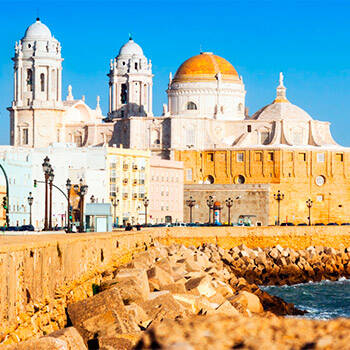 Cadiz, located on the Atlantic Ocean in Andalusia, Costa de la Luz, is generally considered the oldest city in the Western World. It was founded ... » read more 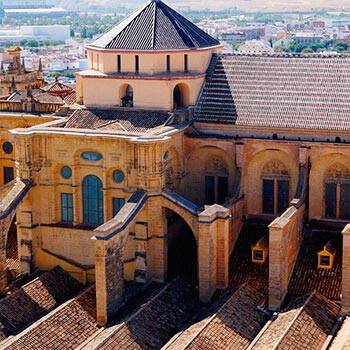 Cordoba is one of Andalucía's most fascinating cities; it is a living legacy of different cultures that settled here throughout its history. ... » read more 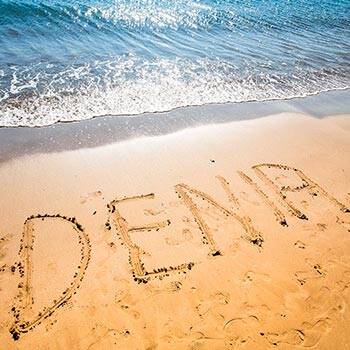 The Romans dedicated the city to the goddess Diana. The port of Dénia is one of the most active on the peninsula; it is a popular ... » read more 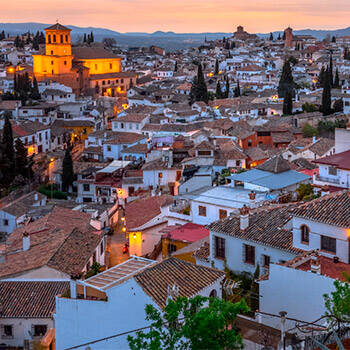 Granada is located in south-eastern Spain and is the capital of the province with the same name in the region of Andalusia. The city is located at ... » read more 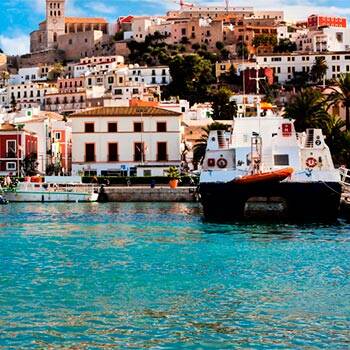 Ibiza Island forms part of the Balearic Islands and is without any doubt a favourite of many tourists. It boasts more than 100 miles of coastline ... » read more 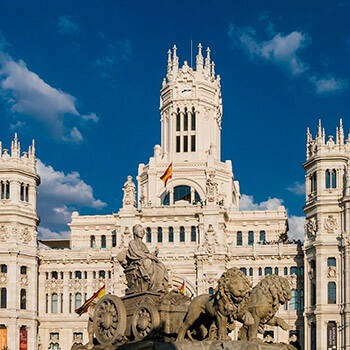 Spain’s capital city Madrid is less touristic than you would expect. That’s why it’s a great choice for a Spanish Program in Spain, as you will have ... » read more 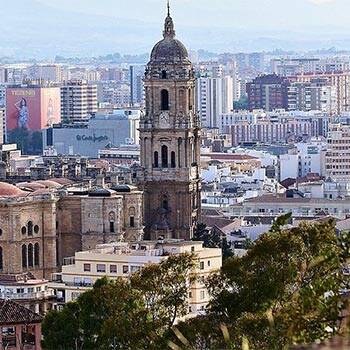 The vibrant cosmopolitan city of Málaga is situated on the beautiful Andalucía coastline, in the south of Spain. Its status as the capital of Costa del ... » read more 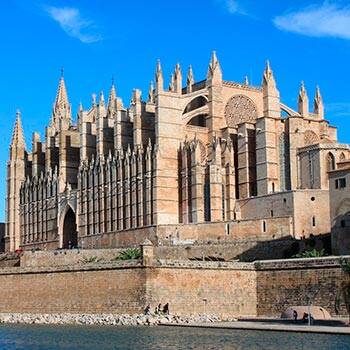 Palma is the Balearic Islands' capital, and it is, as the name suggests, located on the island Mallorca. It lies in a bay with an excellent climate all ... » read more 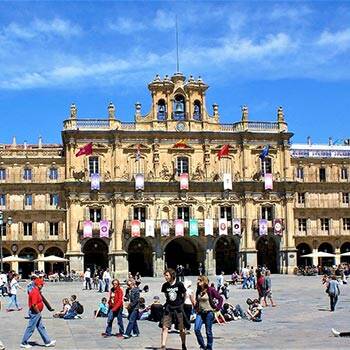 Salamanca, known as Spain's 'golden city', is a lively and vibrant university city and a World Heritage Site in Spain's Western part. Salamanca is a mix ... » read more 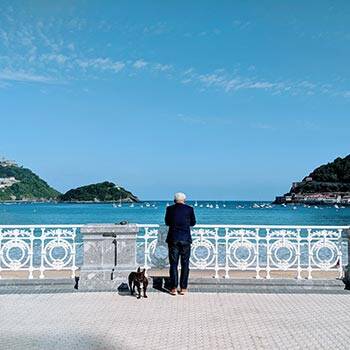 San Sebastián, Donostia in Basque, located in the north of Spain, is renowned for its cuisine, award-winning urban beaches and Parisian ... » read more 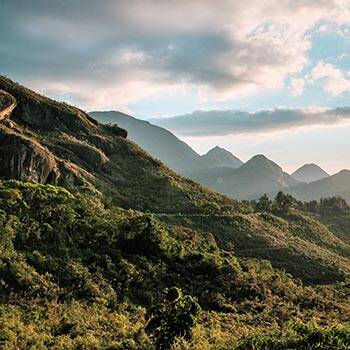 Santiago de Compostela in Galicia is the final stop of the epic Camino de Santiago pilgrimage trail, or the Way of St. James, in English. ... » read more 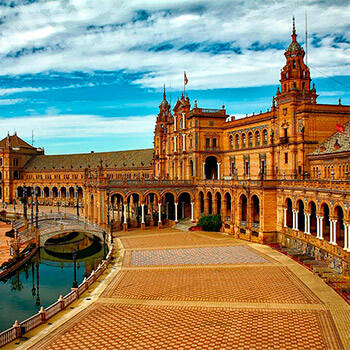 Sevilla- Seville in English - is the capital of Andalusia. It is a top destination, visited by thousands of travellers every year. It is the tradition and ... » read more 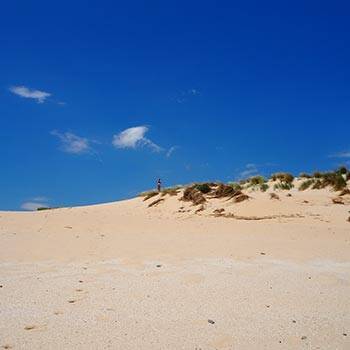 Tarifa is the southern tip of Spain, where the Mediterranean and the Atlantic meet. This small town has, surprisingly, a lot to offer and a refreshingly ... » read more 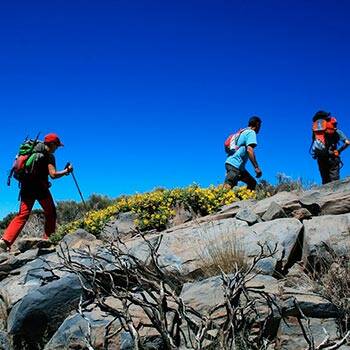 The island Tenerife is the largest of the Canary Islands. Every year millions of tourists come to this paradise to visit its spectacular beaches and ... » read more 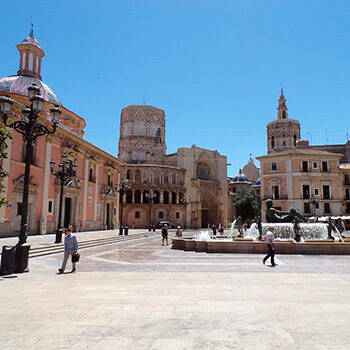 Valencia is located on Spain's Eastern coast La Costa Blanca, at the Turia River's mouth. To get an impression of what Valencia is: combine the ... » read more

Learn Spanish at these popular destinations in Spain

No doubt Spain is one of the best destinations to learn Spanish. Not many Spaniards speak English very well and you will have tons of opportunities to practice your Spanish. Spanish is also a great destination for a holiday or language travel, a unique place for a Spanish language course. You will be immersed in the Spanish culture 24/7 and enjoy the Spanish cuisine, the sanding beaches, the interesting cities and sandy beaches. No Spanish course in your home country can’t beat Spanish immersion course in Spain! Why learn Spanish? Well, Spanish is the official language in more than 22 countries and there are more than 40 million Spanish speakers in the US alone!

But what is the best place to study Spanish in Spain? There is no easy answer to find the best destination for a Spanish language course. Some wonderful Spanish schools in Spain are in Valencia, Madrid, Barcelona and in Sevilla. Here you can study Spanish and have the perfect opportunity to explore the amazing cities. But you can also find interesting Spanish language courses in destinations like Alicante, Salamanca, Granada and Málaga. Also San Sebastián, Denia, and Santiago de Compostella are interesting destinations for a Spanish immersion program. If you want to travel all the way to southern Spain, consider smaller destinations like Tarifa or Cádiz. And last but not least, let’s not forget about the Spanish Islands: Palma de Mallorca, Ibiza, Tenerife and Las Palmas are also excellent places to learn Spanish.